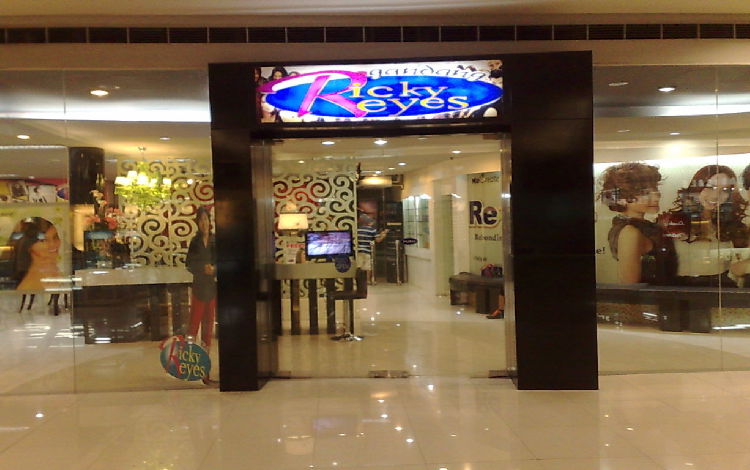 Ricky Reyes’ first salon many not be much compared to his now sleek chain of shops. But it was there where he learned his first lessons in the business. “When he had saved a thousand pesos, he told his mother he wanted to go solo,” wrote Florendo in Hair Majesty.

Ricky Reyes Salons now use the most modern beauty equipment for their hair and body treatments. It was there, in fact, that the 2003 hair craze, hair rebonding began. The salons also run a nationwide campaign (Gandang Ricky Reyes) that features popular Celebrities. It is perhaps the biggest advertising Campaign ever produced by a beauty salon.