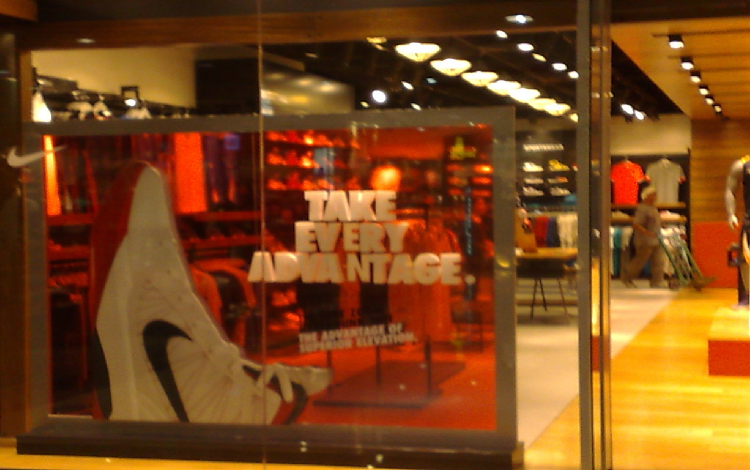 It started with a handshake between two visionary Oregonians – Bowerman and his University of Oregon runner Phil Knight. They and the people they hired evolved and grew the company that became Nike from a U.S.-based footwear distributor to a global marketer of athletic footwear, apparel and equipment that is unrivaled in the world.

One thought on “Nike (Robinsons Galleria)”