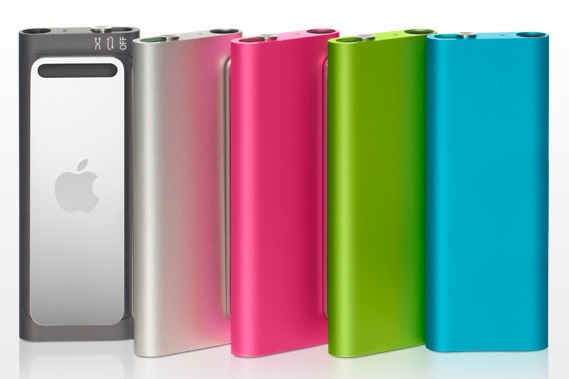 This is the first iPod Shuffle that is available in black. It features VoiceOver technology that allows song names, artist names, album names and playlist contents and names to be spoken in 20 different languages using the Text-to-Speech incorporated in iTunes 8 and 9. It also has gained support for multiple playlists, in contrast to previous versions of the iPod Shuffle, which allowed only a single playlist.

The third generation iPod Shuffle features a polished steel attachment clip, adopting for the first time the polished steel finishing previously found only on the larger iPods, rather than the brushed aluminum used in the second-generation iPod Shuffle. It also no longer has volume or track controls on the device itself. Instead, the packaged iPod earbuds now include a three-button device on the right earbud cord. This adds the functions of changing between playlists, hearing the song title and artist of the track playing, as well as play/pause, track changes and volume control.